Last weekend saw Lasers, Enterprises and Mirrors converging on the lake for some Open Meetings. In addition, the Enterprises were sailing for their North West Area Championship.

Desperately fluky winds on Saturday and most of Sunday taxed ‘light air’ skills to the limit, the wind only picking up for the last race. Leads changed frequently and there were some nailbiting contests.

With the Mirrors it was the visitors who scored with Gareth Hughes and Neil Evans from Hollingworth coming home ahead of Robert Phillips and Thomas Partington from Hollingworth Lake SC. Third were Iwan and Nia Fletcher from Bass. In this class both Iwan and Nia together with Tim and Rob Smith (7th) were all competing in their first Open.

Photos from the open meeting. 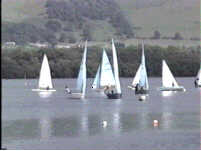 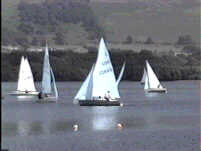 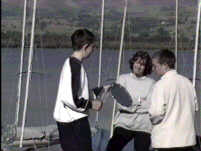 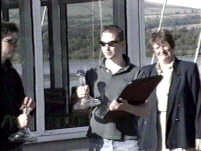