World class competition took over the lake for the weekend’s racing. Flying 15 world champions Steve Goacher and Phil Evans made the most of some excellent courses in generally breezy conditions to show the rest of the fleet around the course in all four races. However, in race 3 Steve and Phil had to keep a keen eye on defending champions Andrew Dunning and David Lawson who came back within fighting distance for the second half of the race. Similarly, in race 4 Scott Beattie and John Somerville took advantage of the easing winds to keep Steve and Phil on their toes.

Elsewhere within the fleet there was some close racing throughout all races and it very much depended on who made the least mistakes! 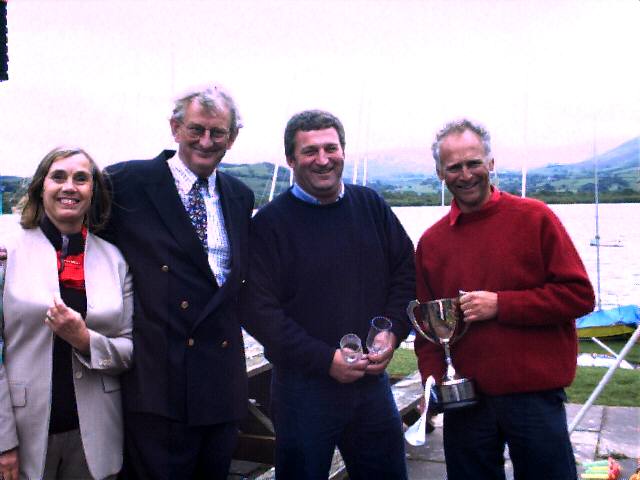