This weekend we had over boats in three fleets racing on the lake. A brisk, cold north easterly greeted the fleets on Saturday, but the breeze eased before the start, and although boats kept moving, the wind came and went in fits and starts, with gains to be had from the gusts and accompanying shifts.

The 505 class northern area championship, has Jim Blyth from Largo on the same points but just ahead of John Webster from Carsington as the sailors rest with a curry and lager night!

The fast handicap fleet with 19 boats had Richard Smith from Glossop as overnight leader, and the slow handicap fleet, comprising a combination of mirror variations, was being led by Edward Grey from Royal Windermere.

As for tittle tattle, Roy and Kayla had a day of firsts (possibly best to get them out of the way in one go!). Having moved up to the RS400 fleet, not only were they sailing the boat for the first time, but it was their first open in it, and their first (but not only) capsize. Kayla had to do some helming for the first time as Roy tried to catch up with her when she and the boat sailed away after the capsize. Quite a day, but it didn’t stop them going out for more in the second race.

Despite a southerly wind, Sunday was just as cold. The winds had the sailors hanging out up the beats, but off wind planing conditions were sometimes marginal. This was certainly a frustration in the final race which took two fleets on a 35 minute beat to the southern end of the lake, but the wind seemed to lose its punch for the return trip so, again, the off wind legs were not as spectacular as many had hoped for.

All in all, the weekend had some excellent close racing, and all sailors will no doubt sleep well after so much exercise. 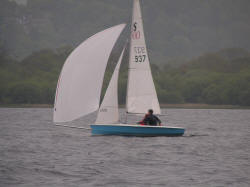 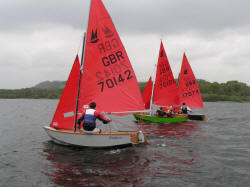 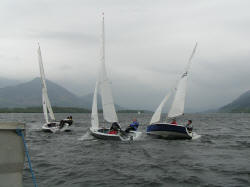 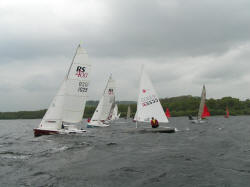 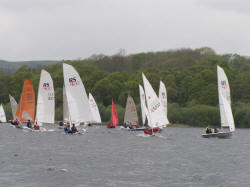 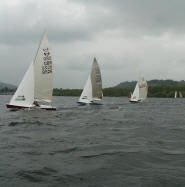 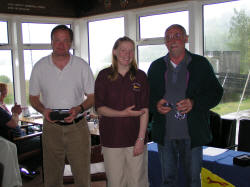 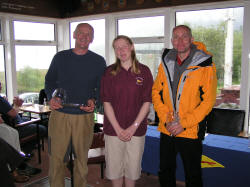 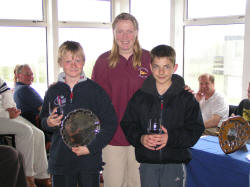