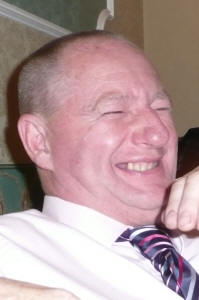 At this year’s AGM Steve Hunt was re-elected Commodore for his second year in office. For the full list of council members click here. It will be noted that we still need someone to be responsible for the running of the bar. If you’re interested please contact the Commodore.

Some proposals by the Hon Sailing Secretary generated much discussion. Firstly, a proposal to adopt the usual 5-4-1-0 start sequence for club racing was rejected by those present. When Roy advised that it was proposed to move the committee boat to the starboard end of the line, there was much concern raised from the floor, but in the end it was agreed to trial it for 10 weeks in the new season. Finally, consideration has been given to revise the scoring system for the championship, as the present system of giving points relative to the number of starters in the series seemed to give a significant advantage to those doing well in long series. Three options were put forward – status quo, increase the points in weekend series by the number of starters in that series, and thirdly revert to the low points scoring system. When voted on by members the scoring was very close 8-9-7 (or thereabouts!), so for next season the championship scoring will be revised for weekend series to increase the number of points by the number of starters in that series.

The treasurer’s proposal to raise subscriptions in line with inflation, again raised interesting discussion, driven by those stalwarts – our Hon Auditor(!), and Ian MacPherson. When finally voted on the following subscriptions were approved for the new season

The training report was given by Nigel Lewis, and advised members of the success of the current regime. Members were reminded to register their interest for training prior to the new season to ensure a place would be available.

Under any other business, members were advised of issues regarding the number of non-sailing visitors entering the grounds. Whilst not wishing to discourage genuine visitors it was felt appropriate to for council to consider some for of gate management system.

The Commodore outlined recent discussions with neighbouring residents and their concerns over some of our operations. Discussions are ongoing to address the issues amicably where considered appropriate.

Finally, the Hon Auditor raised concerns about a missing wheel from his road trailer. All was well when it was reported that it had just been borrowed, albeit without asking!

The meeting closed at approx 1630hrs