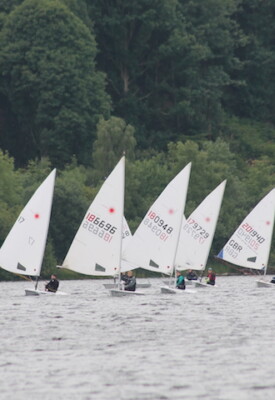 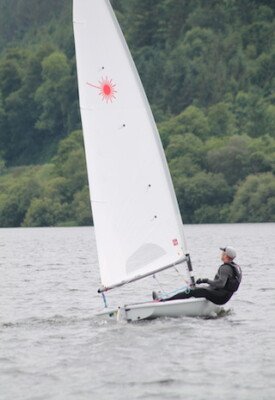 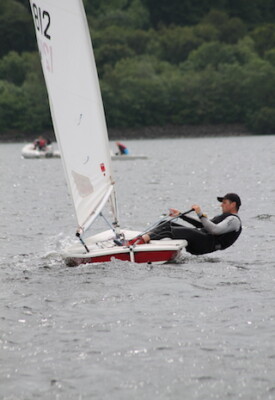 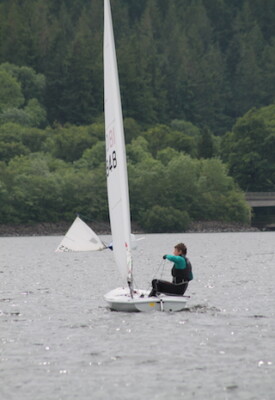 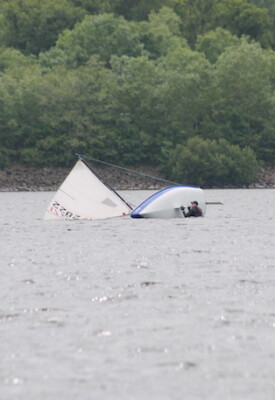 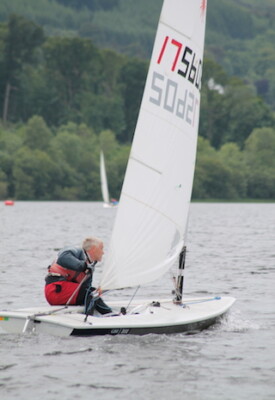 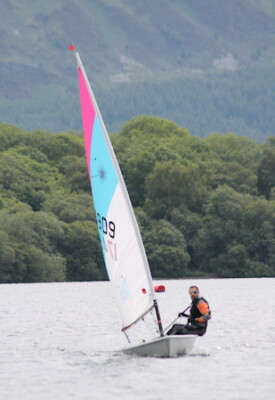 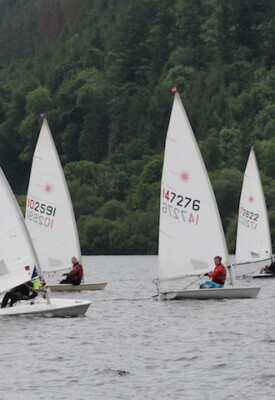 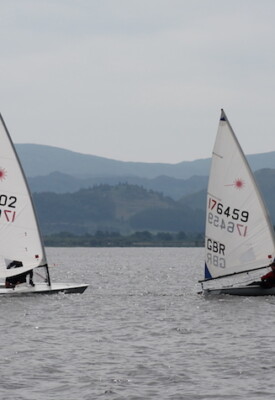 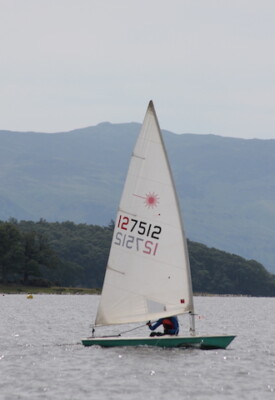 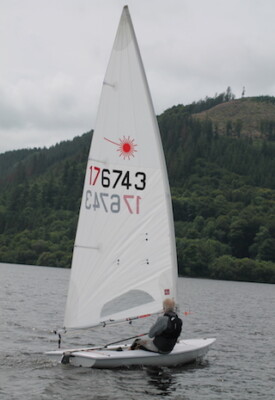 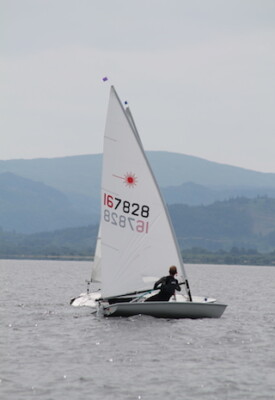 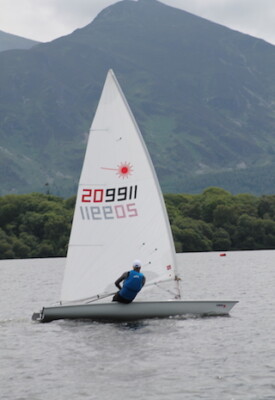 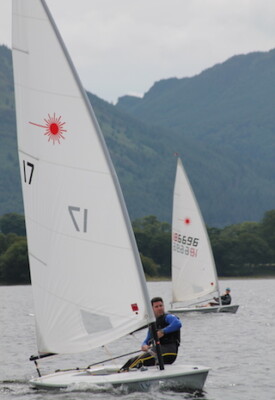 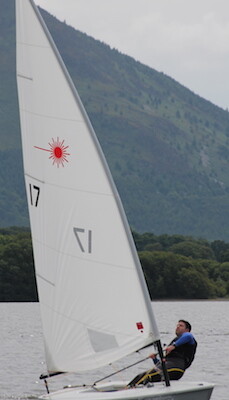 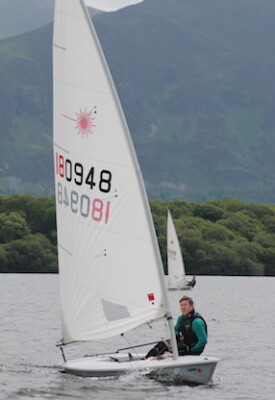 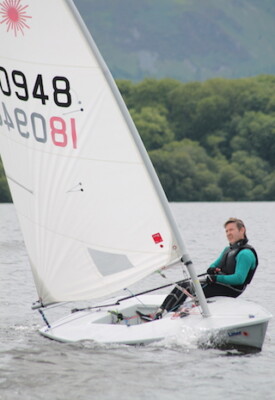 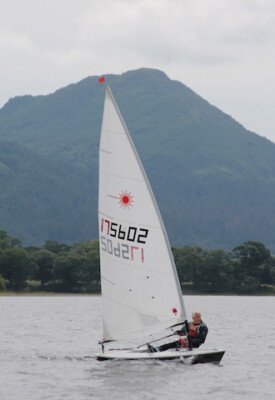 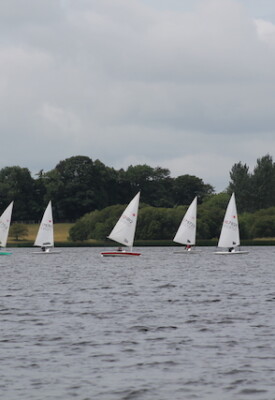 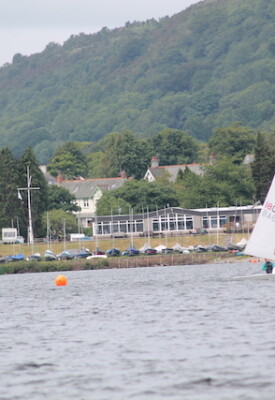 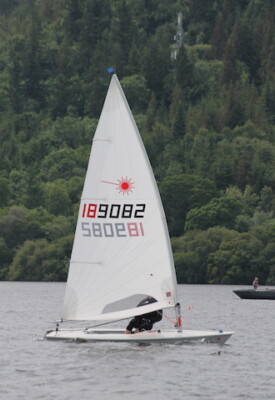 There was a better wind than forecast to greet the fleet of 26 boats in today’s Laser open, and with the sun breaking through the clouds from time to time it was a pleasant day.

For a change the general wind direction was fairly steady, though there were some shifts on the water for sailors to contend with. Use of the I flag helped keep the starts clear with just two boats being called back in the first race.

Locals Robin Dawson and Dave Lawson took an early lead and battled it out, but once Dave was through to the lead there was no catching him, and he reinforced this by winning all three races and the overall trophy.