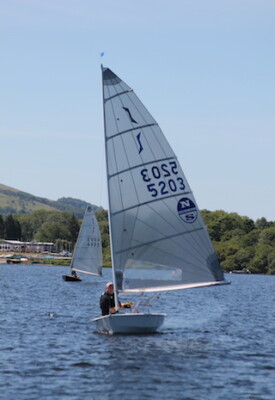 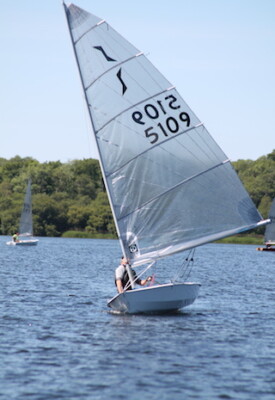 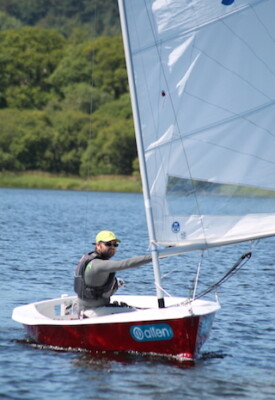 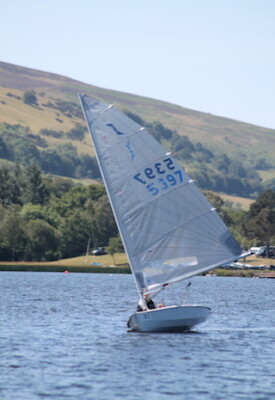 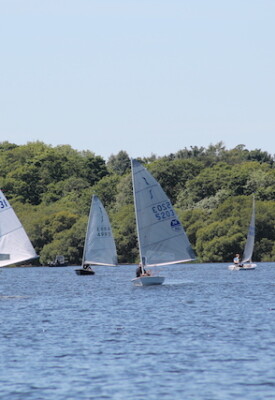 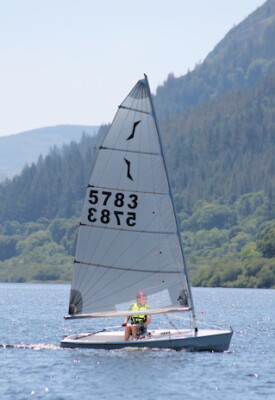 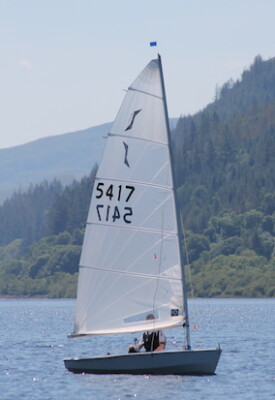 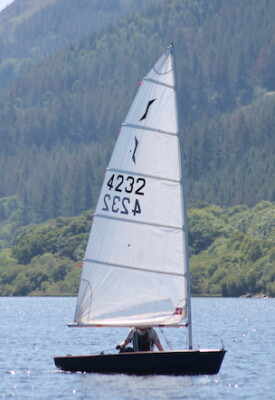 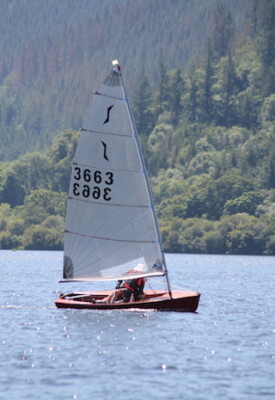 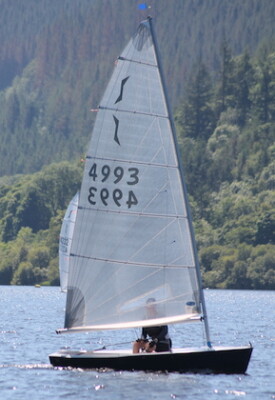 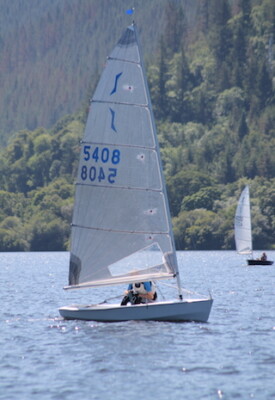 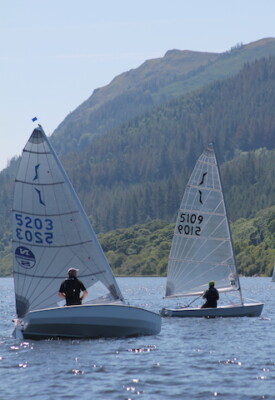 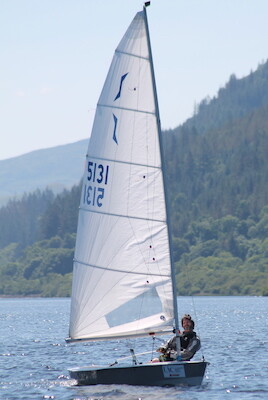 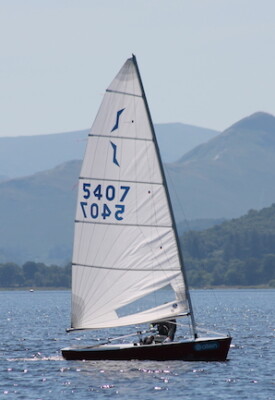 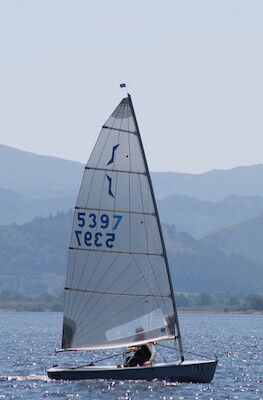 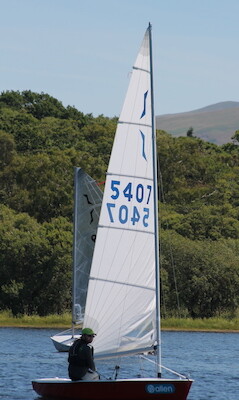 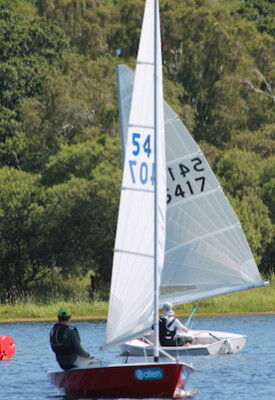 Sunday benefitted from wall to wall sunshine with a light, but freshening, wind from the southwest though there were some regular major shifts from the northwest. The shifts did cause some calm patches but the fleet of 11 boats kept moving. Dealing with the shifts and calm patches was key to the leaders.

John Reekie seemed to successfully hitch a lift up the A66 to take the honours in the first race from Richard Critchley. In the next race Joe Quick from Coniston mastered the shifts to take 1st place with John 2nd, so that there was all to race for in the final race.

After lunch there was an expectation that the sea breeze would bed in, but the northwest gusts continued to kick in on the northern side of the course and they were Rory Yardley’s downfall as, having led throughout the race he was caught between the two winds with just two legs to go. John used a gust to take the lead and blanket Rory who subsequently lost one more place. John’s win earned him 1st overall, with Richard 2nd and Joe 3rd