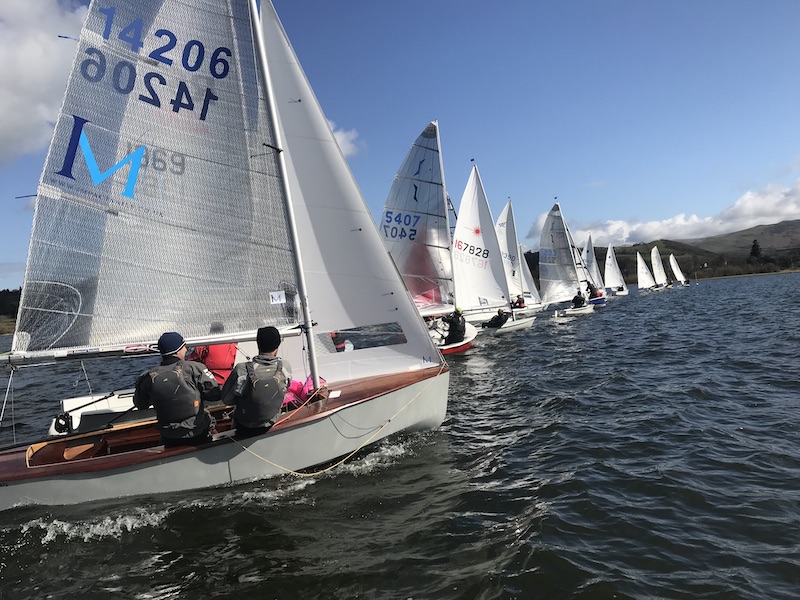 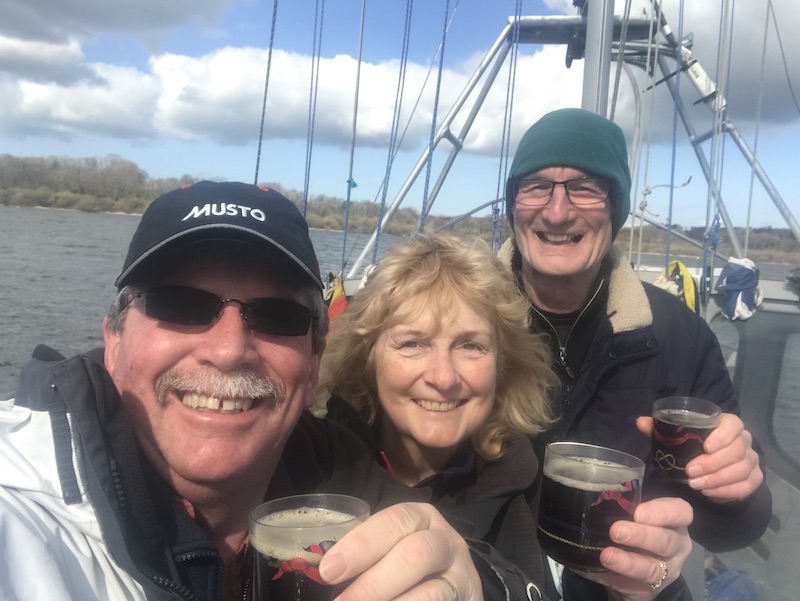 There was a good turnout of members on Saturday to finalise preparations for the new season that coincided with the start of British Summer Time. The day finished with tea and cake to chat with and greet new members.

Sunday welcomed a fleet of 21 boats for the Starter’s Prize with some sunshine, and a light southerly.

With the sun over the yardarm, and having successfully got racing underway, the starting crew raised a glass of rum and coke in honour of Herb.

Alex/Jo in a RS400 broke away to lead the fleet through to the finish, but with the wind backing to the east, the course fell into Skiddaw’s shadow for a while, until the forecast easterly settled in just as Alex was finishing! On handicap Bean/Naomi and Robin/Erin in RS200s took 1st and 2nd places with Alex 3rd.

The wind was somewhat fickle and unsettled after lunch. Into the 2nd lap the wind disappeared for a while, but did return with some gusto for the finish. On handicap, the GPs of Andy/Phil and AJ/Sue were 1st and 2nd ahead of Bean/Naomi who won the series.