As the high pressure moved in across the country for the bank holiday weekend, the wind may have been squeezed out. The fading morning breeze gave way to a light sea breeze which lasted for most of the first race.

With a fleet of 12 Catapults competing in their National Championship, they were out in good time for their scheduled start time, however some of the club fleets totalling almost 40 boats were a bit more tardy, perhaps some not realising it was a single fleet start, and some were several minutes late for the start.

While a few of the stragglers were finishing, the wind eased and veered to the NW. The start line was moved to keep the course area within the light wind, but shortly after the starts, the breeze faded to near drifting conditions. Although nearly half the fleets retired, many persevered to complete the one and only lap. Stan had a fatal attraction to the leeward mark in the drifting conditions, and had to to do a turn. Last to finish was Thomas in a Tera, but he wasn’t last on handicap, finishing 10th in the race and 10th overall!

Overall, Robbie D’s 2nd and a 3rd won him the trophy, with Dave/Lyn 2nd, and Rob 3rd

Sunday started with a SW breeze, assumed to be a katabatic wind, so there was the risk that it would fade. A course was set, the races started, and the wind promptly started to veer as the katabatic wind effect eased. Within 20 minutes the wind had swung through 180 degrees! Fortunately there had been a dead run in the course as set which turned out to be the only short beat in the new wind direction.

There was a great turnout again, including many juniors. After lunch, there was a reliance on a sea breeze maintaining the westerly direction, but, as ever, nature had its own idea and there were big shifts to the NW every now and again.

For the final race of the series, the wind eased slightly and backed to the SW, the direction was steadier, but the strength was more variable.

The Catapults found the light winds challenging to tack in, and other fleets occasionally found one ‘parked’ on a mark!

Despite the variable conditions, there was consistency across all fleets in terms of race winners as Simon/Jon in the F15s, Robbie D in the Handicap, Dave/Lynn in the GPs, and Bean/Lucy in the Slow Handicap, all had three wins.

In the Catapults, John Terry and Gareth Ede continue to systematically swap 1st and 2nd places race by race.

Bank holiday Monday wind was significantly higher than forecast, and picking up as the morning progressed. It had some F15 sailors wondering should they/shouldn’t they race, but they took the chance and went out. The wind eased slightly, but remained the best sailing conditions of the weekend by far. Although a few near misses, there was only one capsize by Hannah who seemed very excited at having turtled her Tera! 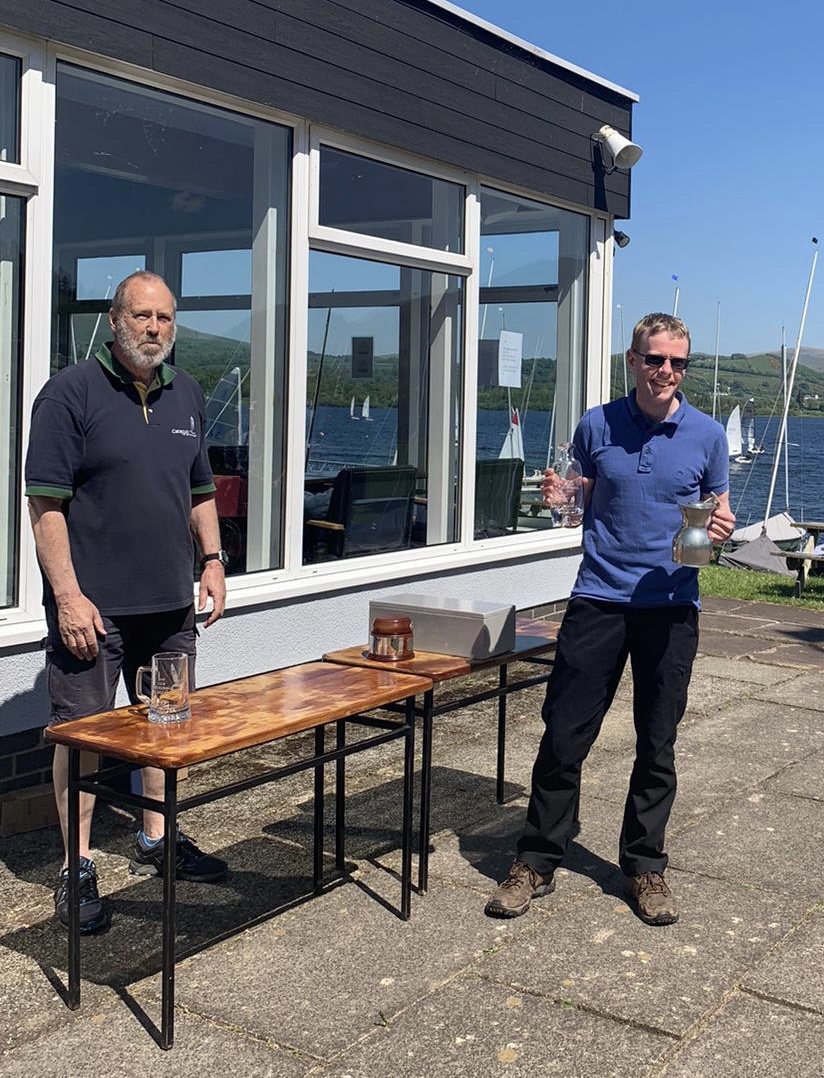 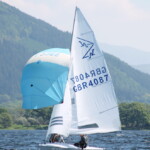 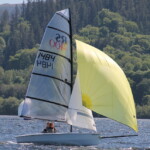 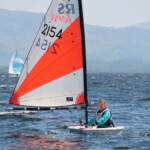 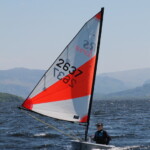 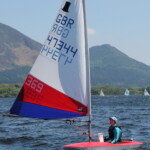 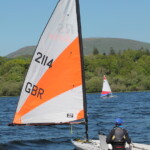 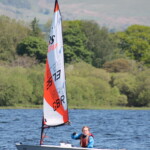 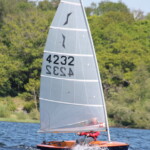 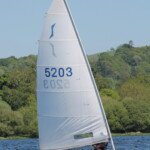 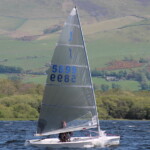 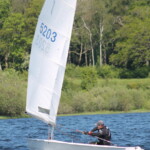 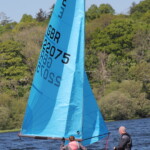 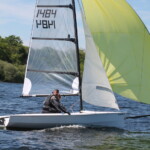 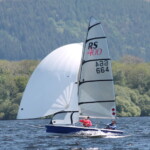 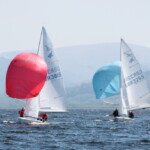 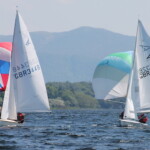 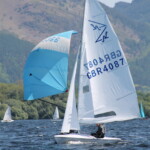 Champagne sailing conditions were enjoyed by the sailors in the final club race of the weekend series. Andy/Phil were leading the F15s, and duly led the rest of the fleet around the leeward mark the wrong way! Most unwound correctly, but by the time Ian/Lezliann realised they hadn’t, they opted for an early finish.

Graham/Alan added three 2nds to their results tally, sufficient to win the Mellor Mug for F15s, with Simon/Jon 2nd. With  no GPs sailing Dave/Lynn won the Commodore’s prize, and Mike/Sally 2nd. Robbie D took 2nd in the final race to win the Isel Cup with Steve/Ruth 2nd, while Phil/Lucy had another 1st to win the Orsova Cup, with Katia 2nd.