With the Indian summer continuing, there was clear blue skies, and a warm south easterly wind to greet sailors, the only problem being that instead of a gentle force 2, the Bass micro climate offered a force 6 with even bigger gusts, and plenty of white horses to prove it!

Our own John Reekie ventured out in his Solo, getting very wet in the process (spray, not capsizing), but after a three hour postponement, the wind had not eased sufficiently to tempt enough people out, so the OD postponed until the morning when conditions should be better.

By Sunday morning the wind had eased, but was still blowing from the south east, the blue skies had disappeared, and the rain moved in!

The wind strength eased throughout the morning, but not before Keith and Gayle broached at one of the gybe marks! There was only one premature starter in the Youth fleet during the two morning races, and there’s rumblings of a protest in the F15 fleet.

At lunchtime the sun started to shine, and continued throughout race 3, as did the light breeze. There were mixed fortunes in the race, including Simon/Jon hitting the committee boat at the start! However it meant that the overall positions were all to race for in the final race. 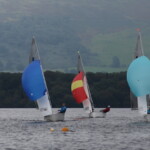 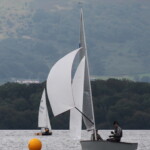 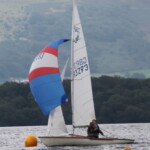 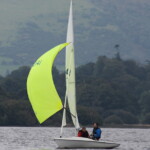 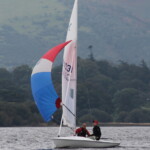 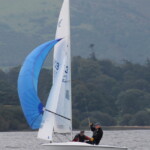 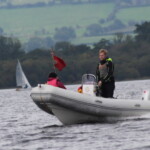 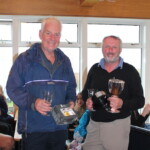 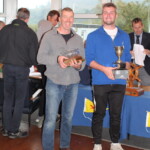 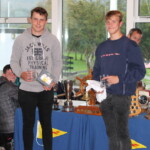 Simon and Jon’s win in the final race snatched victory from Mike Preston and Chris Robinson from Blackpool and Fleetwood.

In the GP masters, it was to be the final reach that determined their winner which changed twice in a matter of minutes from Andy and Phil, to Graham and Frank, then Mark and Sam Platt from Bolton.

Robert and James from Royal Windermere won the final race to keep their lead, and secure the Youth Championship from Alastair and Joel from Southport.