Sixteen boats took part in the final weekend series of our curtailed season.

They were greeted by a lovely sunny day with a variable chilly easterly wind. The novice Bates driver managed to wrap the anchor warp around the prop which meant a short postponement was required. This was rectified by three fat men standing on the bow and a Scottish engineer untangling things at the rear. 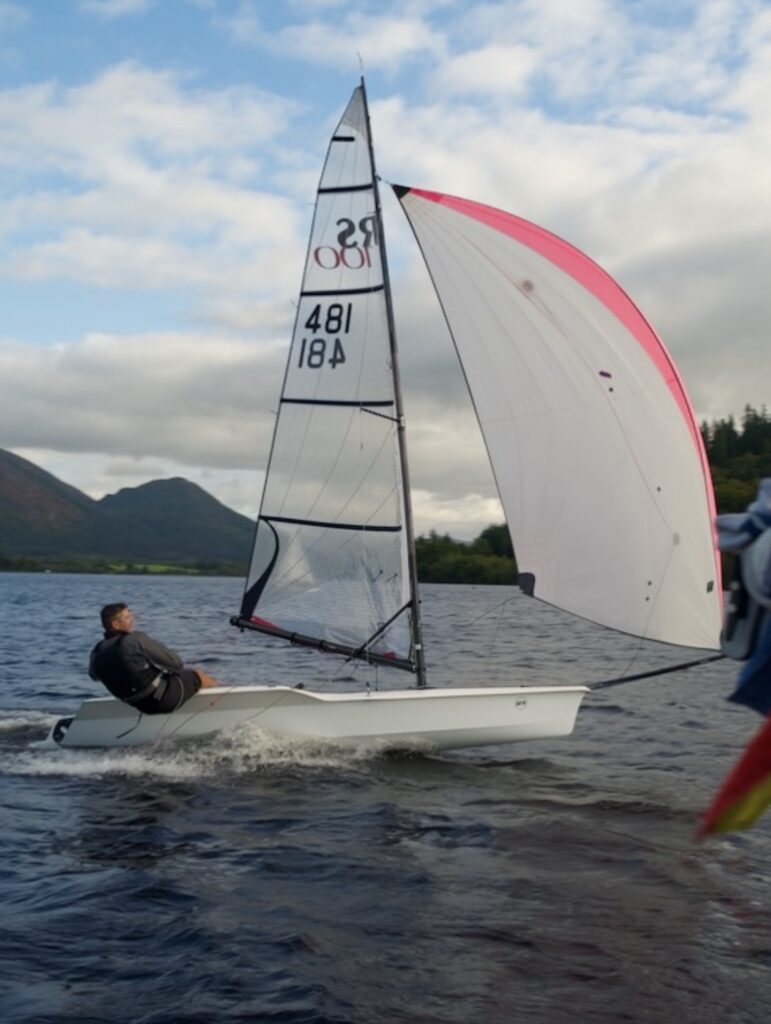 Race one saw Mark in his RS100 lead the fast handicap fleet from the start but take the wrong course, he realised his mistake and was first on the water and on handicap.

Ant and Pen had some Spinnaker difficulties just before the final mark which let Paul and Neil past. The GPs has some exciting close racing with numerous leaders, Andy and Phil won in the end. Much amusement was had when Alan and Sue tried to round the final mark to port, it should have been starboard, causing a brief period of chaos and losing a place to Val and Ken. Mik in his Mirror was first on the water and on adjusted time in the slow handicap from Matthew and Katya in Teras.

Race 2 saw the OD set a shorter course with two beats, Mark again led from start to finish in the fast handicap fleet but was beaten for first by Neil in a radial on handicap. The GPs again had close racing early on but Andy and Phil pulled out a comfortable lead from Dave and Lynn. Nigel and Glenys capsized on the reach to 9, struggled to empty and retired.

Matthew and Katia had a great race in the Teras, both beating Mik’s Mirror on the water who was just in the lead rounding the final wing mark in R2 but touched it and had to re-round.

With everything to play for, Sunday dawned cloudless and rather chilly. 16 crews launched for the final three races in the series with half the fleet being in GPs. The wind varied between NE and NW but was seldom stronger than F2.

In the first two races it was Mark and Phil / Izzy taking a Handicap Fleet win each on the water with single handers Neil Currie and Mike Fairlamb next up. In the GPs Andy / Phil and David / Lynn took a win each.

After a short break the final race was held in dying and varying winds.  Only nine of the crews thought it worth contesting with five being GPs. It resulted in Mark taking a 10 minute lead which should net him the Handicap Fleet?

Similarly Dave & Lynn took the GP race by 8 minutes. Alan & Sue had caused some consternation at the start being over the line and ducking back in which dropped him to the rear of his fleet. James & Jenny took the second place from Paul & Vicky and Val & Ken.