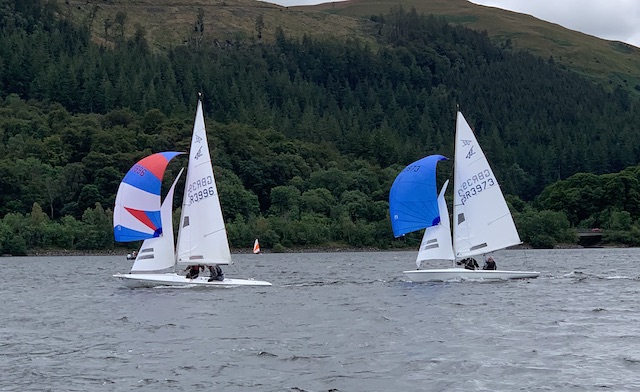 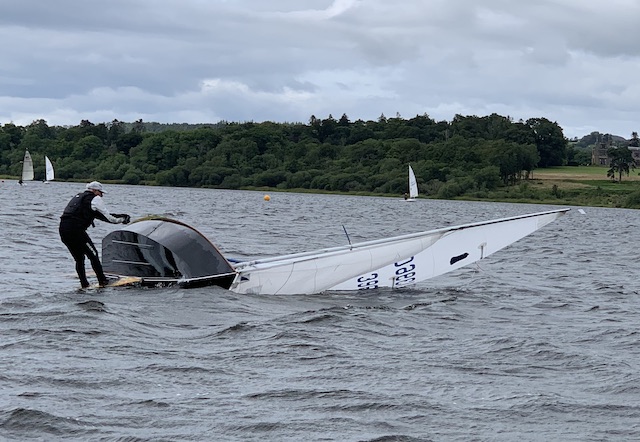 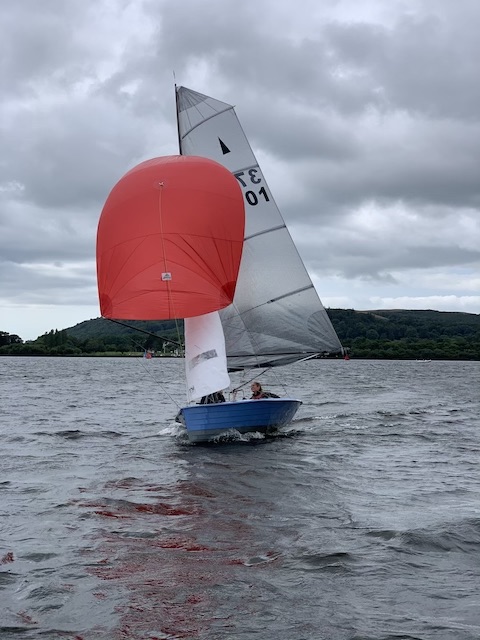 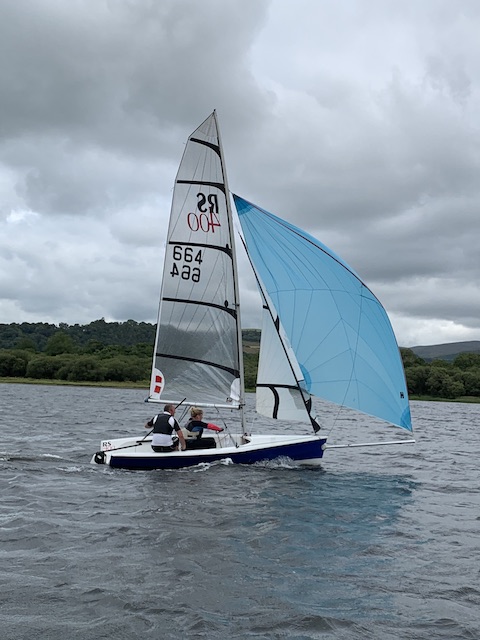 For a pleasant change there was a good wind forecast for the whole weekend, over which a club championship series is being held. The day started with some youth sail training. The wind freshened as the afternoon went on, and there were surprisingly few capsizes. Though a notable one was Val and Ken, having been in the lead earlier in the race, if only because they were caught on camera before colliding with the Bates after righting. The Bates seemed to be a risky place to be with Simon/Jon avoiding colliding with it, and then Mike/Kayla, just before the start of the second race.

Was it the lack of recent experience in higher winds that had various crews on the foredeck clearing spinnaker lines at the start of the windward leg? Banter/Emma joined forces in the RS400, but after breaking their spinnaker halyard, they popped ashore after the first race with the intention of being back out for the next one! – it was not to be…

Generally the stronger winds seemed to be shifty, making it hard work, and resulting in obvious relief from numerous crews as they finished the last race of the day.

On Sunday the wind started lighter than expected, but freshened as the day went on. The morning race had two beats, the 2nd one heading to mark A, partially blanketed by Sale Fell (though it wasn’t meant to be), which proved challenging as to how to approach it. Peter thought it was ideally positioned in the worst place possible!

There were a few more capsizes throughout the day, numerous spectacularly fast spinnaker legs, and some good racing. However, it all took its toll on the competitors that reduced in numbers as the day went on, to the stage that there was only one taker for the final race.

AJ was feeling the pressure with Dave crewing and jumped ship (or was he washed overboard?) on one reach! Steve/Ruth realised it was faster without a spinnaker than bearing away on a gust with kite, then beating back up to the next mark as Banter did more than once. Paul was sailing a Topper but struggled to tack at one stage adding more than 7 mins to his lap time (it was wondered whether he was sand bagging waiting for the course to be shortened!)

The overall winners were Simon/Jon in the F15s, Dave/Lynn in the GPs, Steve/Ruth in the handicap fleet, and Phil/Oliver in the Slow Handicap fleet