Another sunny Saturday with a light SE breeze greeted a fleet of 50 boats with helm and crew under 19.

As racing was about to get underway at 1200 hrs the light breeze faded and started to swing through 180 degrees… With hopes of a sea breeze moving in to settle things down, it was noticed that wind was filling in from the SE again, so the course was reset and racing got underway.

Half an hour into the race the wind swung to the SW, and a shadow was cast over mark 1, so the race was shortened, and Tom Brindley from Redesmere took his first of four wins of the day in the NWJTT, with Emily Page from Budworth 1st Topper.

The course was reset again, and the wind freshened for a short while, but then swung more to the NW, and back to the SW again. A sign of things to come? Will Burbridge from Chester was 1st Topper.

After a break, the wind clearly hadn’t settled as the OD set a windward mark, moved to position the leeward mark only to find the wind was blowing from the opposite direction! Fortunately, the SW wind took control again and race 3 was started. As with the previous race, the wind swung between the NW and SW. This time Tom Bates from Ripon was 1st Topper.

After a slight adjustment of the beat, race 4 was underway, but the wind soon eased for the back half of the fleet. With various zephyrs passing through the fleet continued on for another lap after which the race was shortened, before the wind faded altogether. George Colquitt from WKSC was 1st Topper.

Tom Brindley was overnight leader for NWJTT and Emily Page led the Toppers.

Strong winds were forecast for Sunday, but the Bass micro-climate resulted in windy, but sailable, conditions which put off some less experienced sailors.

Unlike Saturday, the stronger winds were more settled in direction so the course just had to be set once! There were numerous capsizes, some notable (an Oppie nosediving), but there were some very determined sailors that tried their best and carried on racing even after various capsizes.

Tom Brindley continued his mastery of the NWJTT fleet winning both races and the winner’s trophy. In the Topper fleet, the conditions suited Tom Bates who took two wins and overall lead in NW Areas. 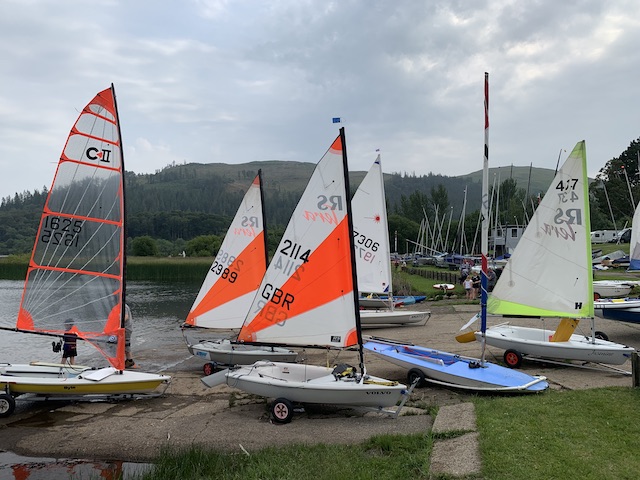 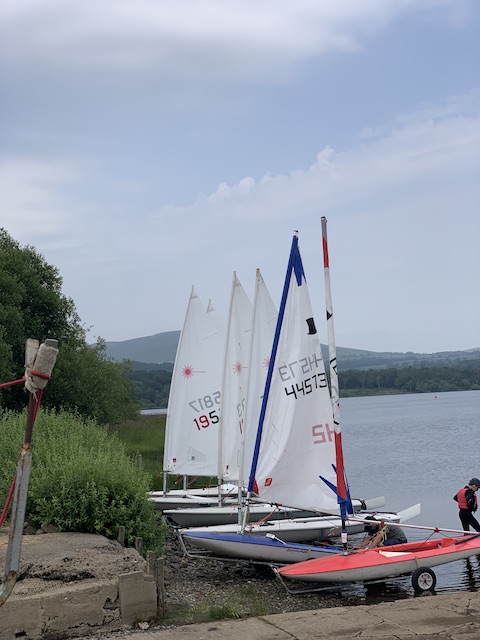 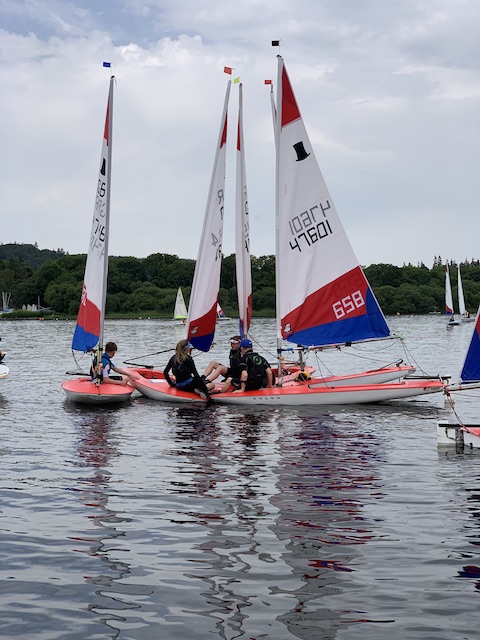 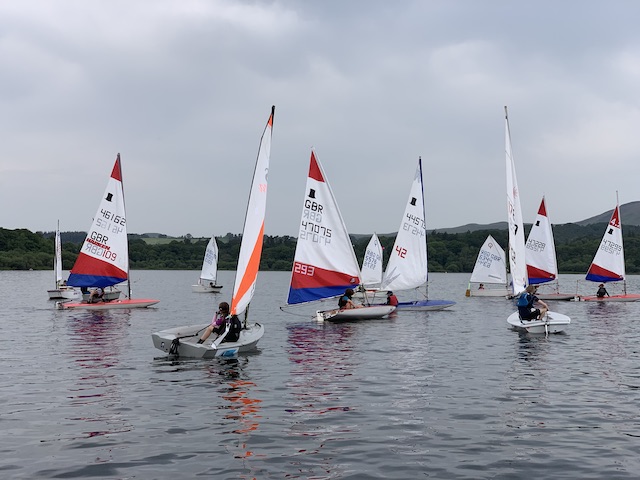